Is Wireless Power a Possibility?

The biggest downfall to electricity is wires. Charging cables, power cords, and power lines have infiltrated our lives. If it’s not hanging overhead or showing beneath the furniture, it’s hidden underground or behind tacky disguise efforts. Yet, we accept our ugly wires and cords because they give us our needed power to run our lives. At the most basic level, we need light and heat. In today’s world, power runs computers and…computers!!! So, who cares about the cords? Some people do, and the future will see more wireless power options available. 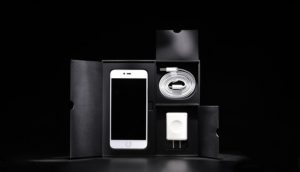 We’ve already seen some wireless trends. Wireless phone/tablet charging stations have been around for quite a few years. It is not uncommon to have a wireless charging pad or station. You can charge multiple devices at once. These devices are not typically as fast as cabled charging, especially with quick charge technology. They are getting better. They are getting more flexible about placement, meaning you don’t have to set it on the charging mat in any particular way to get a charge. And, they are getting faster.

The only thing you’re really getting with most wireless chargers is the convenience of not having to plug in your device. When you think about it, this is a nice option. No more fumbling with cords is nice, but it’s not what the future of wireless charging hopes to become.

The future is here.

The future of wireless charging is over the air, so you won’t have to place your phone on another device to get a charge. Sound too good to be true? It already exists.

Ossia has a charging proximity range of up to 30 feet! Yes, that means you can be thirty feet from the charging device and still get a charge. Imagine using your phone in your home and never having to put it into the charging station or plugging it in to a charging cable. Ossia devices (and Energous devices with range of up to 15 feet) make wireless charging through the air a possibility.

Although the future is here, it isn’t readily available. Ossia is still presenting new upgrades to their wireless charging options at the Consumer Electronics Show, and they announced a sleeve for cellular phones in January that would receive wireless power.

It’s here, but it’s not perfect.

The phone sleeve is indicative of one of the problems with current wireless “over-the-air” charging. The device must be set up to take the charge. Just like your average phone needs to be Qi-enabled to accept a wireless charge from a charging station, Ossia’s wireless charging requires a transmitter and a receiver. In order to make Ossia’s products mainstream, they’re going to have to be more convenient. One way Ossia has accomplished this is by developing standard-sized batteries that can accept a charge from a transmitter, and they have developed transmitting ceiling tiles, which can multiply the charging power of a room.

How does it work?

The way that Ossia’s Cota technology works is that it transmits power directly to a receiver through pathways that are either line-of-sight or reflective. Basically, power goes straight to the device, or bounces off any obstacles to find a pathway to the device. The original idea of wireless technology was to send power universally in all directions, but this was highly inefficient and cut the wattage of signals significantly, making the technology unusable. Directly transmitting power to one receiver allowed more power to get to the device.

Power is sent using a 2.4 GHz frequency, which is the same frequency used for WiFi. The FCC limits power to one Watt of power at a time, which is a far cry from traditional phone chargers, but it is constantly charging. Also, Cota allows you to prioritize which devices are charged first. Cota tiles can be multiplied the multiply power available. So, it’s not perfect, but Ossia’s Cota can solve many of life’s charging problems.

Will the Future Bring Wireless Power to the World?

There aren’t any indications that the future of power transmission includes wireless power to the home. The harsh reality is that the laws of physics cause power options to lessen with distance, and efficiency is a problem. However, Ossia has found a way to increase power options through the multiplication of their devices, so who knows what the future holds? In the realm of possibilities is phones that are constantly charging and wireless gaming controls that never run out of power because they are constantly being charged. The future is, at least, more convenient!