The sun is a sustainable source of power, and solar power technology is progressing rapidly, so it can be harnessed and used more efficiently. Solar panels with large frames and glass panels are still the norm, but the future is already here in the form of solar technologies that are so small that they are transparent.

There are two basic types of solar power generators: photovoltaic (PV) and concentrated solar power (CSP). Photovoltaics use photons and semiconductors, and this ionizes the solar panel causing electrons to break free and flow through the structure of the semi-conductor. This electron flow is electrical current. Crystalline silicone is the most common type of semi-conductor used.

Concentrated solar panels are patterns of mirrors used to absorb the heat of the sun’s energy, which can be used to drive turbines through the creation of steam. This type of solar generation is meant to be integrated into other types of thermal energy power plants. It is not really an alternative option for homeowners.

There are three main types of materials that can be used to absorb light in solar cells:

Qualities of each type of material

Cost: It is expensive to turn silicone into solar cells because it requires pure silicone and high temperatures. Thin-film PVs are often less-expensive.

Abundance: It would only take 6 years of silicone production to meet current global energy demands, but it would take lifetimes to mine alternative materials such as cadmium telluride. Thin-films use readily available materials such as lead and sulfur.

Efficiency: Crystalline silicone is the most efficient, as high as 26%. Other options are 10% to 20%.

Space: Crystalline silicone solar panels are large, while some thin-film technologies are only 1 atom thick. 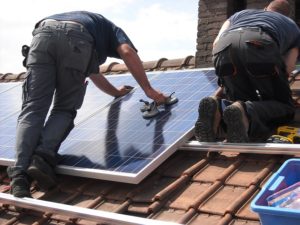 Why is silicone still so popular?

When silicone is structured into photovoltaic solar cells, it is very fragile. This is why it requires a protective layer of glass to support it. It is the most efficient form of solar cell, but it is also bigger than the new technologies that are coming out. Scientists are still working to make silicone PV smaller and more efficient, but newer technologies are showing more promise. It is still very popular because it is the norm, but that may change soon.

Why are solar panels so expensive?

The sun is everywhere, and it does not require land or wealth to have access to it. It is one of the only equitable sources of energy, yet it costs a significant amount of money. One of the goals of new solar technology has been not only to reel in space and efficiency constraints but also to make it more affordable.

There are two parts to solar panels: the panel and the balance of system (BOS). Panels (or modules) have decreased in cost, but it is the BOS that continues to burden those who wish to get solar power. The balance of system includes the inverters, labor, permits, grid interconnection and inspection fees that cannot be reduced by science alone. Until the integrative processes of solar panels are lessened, they will continue to be expensive. 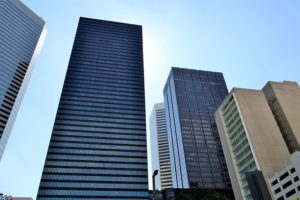 Recent and future technologies are likely to be built in the thin-film category of PV. It is actually easier and cheaper to develop many of these PVs. Therefore, they are more flexible and smaller. New technologies using graphene can be as thin as 1 atom, which means they can be used for applications such as PV windows. Imagine the applications on large skyscrapers that are completely covered in windows.

Not all applications are meant for the grandeur of cityscapes, and new future technologies are being created and already in existence that are meant for the average person in America. One company, Sunflare, makes CIGS solar panels that are thin enough to stick on with adhesive material. They are lightweight and can power things like travel trailers.

You can’t hardly mention technology without mentioning Tesla. They have been pioneers in both solar panel innovation and energy storage. Solar roof tiles are already installed on many homes. These roof tiles disguise solar panels in the tiles of the roof. The traditional look of crystalline silicone solar panels literally disappears.

Tesla has also been a huge name in home batteries, and their Powerwalls can be installed in tandem to store as much electricity as is needed to power your home. Tesla was planning on selling their products through kiosks at Home Depot, but they have ended that partnership and now plan on selling them through their own venues.

Solar windows already exist, but they are continuing to be experimented with and enhanced to work toward the future goals of solar powered buildings in the future. Solar paint is also on the horizon, and it creates hydrogen fuel from sunlight and moisture. This is awaiting an appropriate membrane to harness the fuel. The future of solar power is bright (no pun intended). It is an appreciated endeavor since it is the world’s most renewable energy resource.