The Smart Grid is Coming

The Smart Grid is coming, we think, but it will take some time to make our country’s electrical grid “smart.” Yes, just like smart homes, the electrical grid can be made into a “smart” system, which will improve efficiency and reliability of electric use in America. Ultimately, the Smart Grid will save consumers money and limit the number of blackouts and outages, but it’s a large overhaul.

What is the electrical grid?

The electrical grid consists of lines, substations, and transformers that transfer electricity from a power plant to your home. According to Smartgrid.gov, this means our current grid consists of almost 10,000 generating units and 300,000 miles of transmission lines. To put that into perspective, the U.S. is 2,680 miles wide.

The grid routes electricity to where it is needed most. Because we don’t have the technology to effectively store power, it is created as it is used. During peak usage hours, power companies increase the price of electricity because demand is high, and during the night, when demand is low and the grid is not directing as much power to an area, electricity is cheaper. On-peak and off-peak hours are one of the key reasons a Smart Grid will help consumers.

During electrical outages or other emergencies that disrupt power, grid power must be used to restart power to residential areas. As our grid ages, blackouts are occurring more frequently, and weather-related large outages are taking longer to repair. Currently, the grid is reaching its capacity, which means a new grid will have to be created starting completely new. That is why it is such a big project.

What is a Smart Grid?

A Smart Grid is a power system that communicates with the different elements of the system in order to control power automatically and on-demand. It also communicates both ways with consumers. What does this mean? It means more efficient electricity. It means reduced cost of operations of the utility company. It will help lower rates and integrate with renewable energy systems. It will also be secure and less susceptible to terrorism attacks because it will be able to respond quickly and prevent the scale of damage.

A big advantage of the Smart Grid is its ability to control the extent of outages, which can have a domino effect on other public systems. It will automatically reroute power during outages, and it will detect outages early so they don’t become huge blackouts. When power is restored, smart grids will prioritize who gets it first. For example, emergency services will be the top priority. Lastly, the two-way communicative element of the Smart Grid allows it to draw from many sources including the consumer, so it becomes less susceptible to attacks on power suppliers such as dams and other power plants. 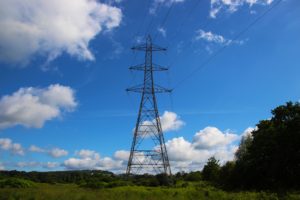 How will it save me money?

The power grid will save everyone money because it will efficiently route electricity to all who need it. It also has the ability to draw energy from multiple sources, which allows it to choose the cheapest form of electricity available.

One of the greatest money savings from the Smart Grid is that it can draw energy from consumers, so those with renewable energy generators such as solar panels can earn energy credits and essentially sell their power to the power company. This is already done on a different scale in some areas of the U.S. with the current grid, but it will happen automatically when it is the best option economically with the Smart Grid.

How does this integrate with smart homes?

The topic of smart homes is a fun, futuristic topic that is quickly becoming a reality and even a norm, but the Smart Grid will take it to the next level. Imagine timing your dryer to run during non-peak hours to save money on your electric bill. Imagine immediately being able to access how much electricity you’ve used to accurately predict what your bill will be. Lastly, imagine gathering and storing energy in some sort of a generator or other battery-like device during non-peak hours and then running that device during peak hours. Even smart cars could become a potential energy source. Your home will become a smart energy user, and the cost of electricity will be greatly reduced.

Like all technological advances, privacy is a concern. After all, a Smart Grid can give the consumer information about electricity usage down to the level of individual appliances. While that may not seem that invasive, this allows energy companies and possibly other entities to know exactly what electrical equipment is in your home and when you use it. It isn’t a camera, but it might as well be.

Critics of the Smart Grid understand that limiting the access to this information can be problematic in the quest to improve the climate through energy efficiency. However, consumer privacy is a major concern for many U.S. citizens who value their privacy. A balance will have to be struck in regard to this conflict, and it is unclear how much personal privacy will be lost once the Smart Grid is running.

Ultimately, our aging electrical grid is going to have to be replaced, and a Smart Grid presents many opportunities for energy savings and energy security. It also allows consumers to provide electricity to the grid in a way that increases the number of locations from which the grid can collect power. Overall, the greatest barrier to the implementation of the Smart Grid is its cost, which is estimated to be in the hundreds of billions of dollars over the next decades.