Having a motion sensor light is essential to security and comfort in homes across the nation, as many crimes occur during the evening because criminals are less likely to be detected in the dark. Installing lighting is not only a deterrent for criminals, but it also provides peace of mind for law-abiding citizens in the reduction of falls and injuries due to lack of visibility. Motion sensor lights alert residents of unusual movement near their property, and they are convenient when entering an indoor or outdoor area because you don’t have to find a light switch in the dark. Passive Infrared Sensor (PIR) motion lights are one type of motion-activated light that is common to find in residences and commercial buildings. 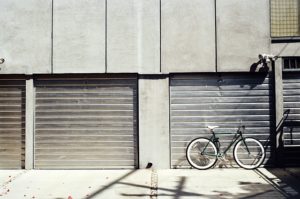 What is a PIR motion light?

Passive Infrared Sensor (PIR) motion lights are lights that turn on when they sense changes in thermal energy, or heat. The human eye cannot detect infrared light, or radiation, but PIR motion lights can detect it even through the plastic shields that often cover their detectors. They detect motion of living objects by sensing the heat of the warm body against ambient temperature. There are alternatives to PIR motion lights including area-reflective, ultrasonic, vibration, and microwave. However, PIR motion lights are the most popular for residential use.

Motion in light and dark: Because PIR motion lights are seeking differences in heat, they can pick up movement whether the lights are on or off. This is not true of motion sensors that use photographic images because they cannot compare photos without light.

Security: PIR motion lights are great at picking up actual suspicious movement because it has to be coupled with heat. Especially during windy days when tree branches can alert some systems, PIR motion lights give more valuable information. They weed out things that aren’t living, so you don’t get false alarms.

Energy Savings: PIR motion sensors save energy because they are not in constant use. They can be programmed to turn off during the day when extra light is not needed, and they can be timed to only remain on for 30 seconds or 1 minute following motion.

Neighbor-friendly: Leaving the light on outside your home can be disruptive to neighbors when they are trying to sleep. Motion lights allow nighttime darkness unless something suspicious is going on. Bulbs can be chosen with soft light to allow for visibility without harsh, bright light, so the occasional animal won’t wake everyone up.

No go for slow mo: Slow movements cannot be detected by PIR motion lights. They are designed to pick up normal movements, so things like the movement of the sun will not activate the lights. Fortunately, most criminals act with a sense of urgency.

Things moving directly toward PIR lights will not be easily detected because the heat doesn’t really change until the person is very close.

When it is over 86 degrees, PIR motion lights don’t work well because everything gets warm. They can also become too sensitive in cold weather, turning on because of objects in the distance. 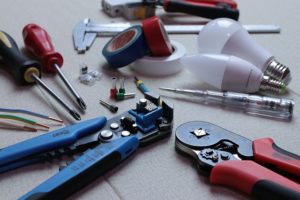 If you are considering installing PIR motion lights, talk to an electrician about the process. They are simple to install, but if it is a brand new fixture placement, it may require accessing your electrical panel and installing junction boxes along with wiring. In some cases, it may even require permits.

An electrician will know how to safely install your PIR motion light or lights, and they may have tips on placement to provide you with the best security coverage. Often, more than one motion light will give added security and comfort while preventing the home from being lit up 24/7.

The benefits of installing PIR motion lights greatly outweigh the disadvantages. They are an inexpensive option for frugal homeowners who want on-demand light when venturing outdoors alone. They are also a very good option for security, as in most settings, they will detect intruders while not detecting tree branches and other things that may move in the wind.

All it takes is a little light. Darkness is a magnet for criminals and accidents, but installing motion lights will scare off those with bad intentions and protect your body from tripping over stairs or uneven ground. Greater than any of this is the sureness in safety that comes from knowing you are taking the steps to be protected in your home.