It is our electricity network. Fuel sources, power stations, substations, and power lines get electricity from its point of generation to the home. We take it for granted how easy it is to use electricity because of the grid. Americans are rarely concerned about electricity shortages. The microgrid could keep it that way.

Electricity shortages do happen though. Because the grid is a system of interconnected regions, areas facing shortages may be able to obtain power from an area that is rich with electricity, such as a dam-powered region during the spring when runoff increases water flow. Power can also be shut off in a damaged area of the grid, so it does not impact the remaining users.

The grid has offered fairly reliable, constant, and affordable electricity for decades, but it has its negative aspects. For one, people are dependent on the grid. If you don’t have a home generator, and the grid fails, you are out of luck. This may not seem like a big deal if it is a short outage. However, some outages last days. This can be a huge deal in the winter or summer months when heaters or air conditioners make life bearable.

Secondly, the grid runs off renewable and non-renewable sources. Coal, fossil fuels, and nuclear reactors are controversial sources of energy as climate change becomes a more pressing issue. Hydroelectric power is considered a non-renewable because of its possible impact on the environment, but it sort of lies in limbo as a questionable renewable. Then, there are renewables. Wind, solar, geothermal, and tidal energy offer promising sources of energy with very little impact on the planet or its climate.

The public is beholden to its energy sources chosen by its utility companies. As renewable energy becomes more commonplace, the average person has no choice over what sources the grid uses. If you want to protest the use of coal or fossil fuels in energy production, you won’t be able to do that without using it if you are on the grid.

The grid is a reliable source of power, but there are additional power sources available that can make electricity even more reliable and more sustainable. 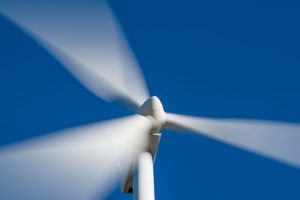 One solution to total reliability on the grid is the microgrid. Microgrids can power large institutions or small communities with alternative sources of power. This power can be sourced from generators, batteries, or renewable resources such as solar and wind.

Why would a microgrid be helpful? For one, it decreases your reliability on the grid. While the grid is fairly reliable, it is not infallible. It is also old. The infrastructure of the grid is in need of upgrades and replacements, the likes of which could cost trillions of dollars. Distribution lines have a predicted lifespan of 50 years, and most of them have surpassed that. Many of them are running at full capacity.

An aging grid could result in less-reliable electricity, which could be deadly. Hospitals have generators, but long-term energy losses can result in injuries and death. Extreme hot or cold weather conditions can prove deadly when electricity is removed from the equation.

A microgrid reduces the risk in the event of grid power loss because it allows the institution or community to remain semi-autonomous. In a microgrid situation, you are not disconnected from the main electrical grid, but you have the microgrid as a backup for emergencies. 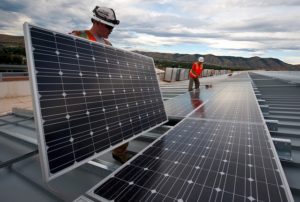 Microgrids also give communities or institutions some control over how they source their energy. In Fort Collins Colorado, they have committed to a goal of producing as much energy as they use (in certain areas) from local renewables on their microgrid. This allows them to increase their environmental efforts by the insertion of renewables into their own power grid. It also allows them some efficiency and price control because they are self-reliant. They don’t have to worry about the grid going down, but they have it available for backup.

Many microgrids are in “project-phase” right now, and they are experiments into how our grid can evolve into something that is more effective and efficient in the future. They aren’t the only solutions being proposed, and smart grids and macrogrids are also topics with futuristic goals.

What does this have to do with you?

As you sit at home with your light switch at the ready and climate control being taken for granted in the hidden areas of your house, you may wonder why you should care about the grid and options for alternative energy. After all, your electricity comes into your house either way, right?

It is true that electricity gets to your house either way…currently…because the grid allows the public to have the security of constant electricity. Aging infrastructure and climate change are making current practices unsustainable. As a responsible citizen, it is good to be informed about these issues, so you can support the electricity paths that you feel make the most sense. The future will bring some major differences in the electrical grid system, and we all need to make sure that these differences are improvements and not setbacks.