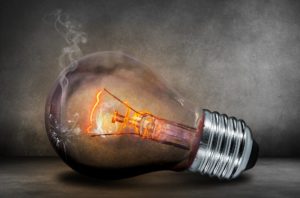 If you have not switched to LED lightbulbs then you are likely still experiencing the frustration of bulb replacement. One incandescent bulb may last a couple months or a year, but it will almost always go out at the least opportune time. Still, many people are confused about LED bulbs, which are a bit pricier than old bulbs, and this lack of knowledge is a barrier to purchase. Unfortunately, the people who avoid LED lighting options are actually losing money by not switching. LED bulbs are efficient, safe, and versatile, which makes them the wise choice when pushing a cart through the bulb aisle at the store or ordering lights online.

LED stands for “light-emitting diode,” and LED bulbs create light differently from the incandescent bulb. Incandescent bulbs have a filament that is heated so hot that it glows. These bulbs are larger than LEDs, and they create quite a bit of heat. Anyone who has tried to unscrew a lightbulb immediately after turning it off understands this greatly.

On the other hand, LED bulbs illuminate because electrons move in a semiconductor and release photons through the process of electroluminescence. This means there are no filaments to break causing the light to burn out, and the light source can be stored in much smaller devices. LED bulbs are now infiltrating the electrical world, and even televisions are lit by LEDs, allowing screens to become much thinner.

Energy Savings: LED lights designed for the home use 75 percent less energy, and they last over 20 times longer than traditional incandescent bulbs. This results in billions of dollars of savings over the next decade. This energy efficiency is shown by the lack of heat that LEDs create.

Comfort: In a small room, old televisions were a significant heat source, especially if there wasn’t air conditioning. Likewise, large chandeliers were capable of producing a lot of heat. Most people can probably relate to cooking under the heat of a stove light. All of these discomforts are eliminated by LED lights. 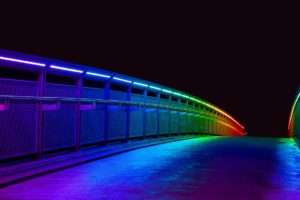 The Versatility of LED

The benefits of LED lighting have brought many applications. Things people take for granted, such as street lights, are easily maintained by lights that rarely burn out. They also save people an incredible amount of money. Lastly, the compactness of the bulb itself makes in usable in nearly any location.

One of the highlights of the holidays is lights, and people put them everywhere! This use to raise electricity bills, especially when people tried to cover their homes in as many lights as they could fit. Not only was this a fire hazard, but it was wasteful (from an electricity standpoint). Today’s holiday lights are LED, and they are no longer as expensive as they once were.

LED lights are commonly found in recessed lighting and under-the-cabinet lighting, but they can be found nearly anywhere. Plug-in covers can be installed with LED lighting to provide hallway light. Light switches can contain LED lights that turn on when the light is turned off to make the switch visible. LED light strips can be stuck behind televisions are under countertops to create ambient light. If you can think of it, an LED light can probably be placed there.

White light is typically created in an LED by three LED lights in red, green, and blue. Microcontrollers can be used to change the color, and this makes LEDs be able to produce multiple colors of light. As a result, smart bulbs have been created that can be controlled from a telephone. Today, one can have a smart bulb in their home and have it make many different colors of light, and they are now dimmable. Especially in LED strips, this creates fun and funky ways to decorate rooms through lighting.

LEDs are an evolution of the light bulb that permanently places Thomas Edison in the place of history rather than current inventions, and although his invention was vital to civilization, the LED is a vital transition into modernity. It is important to look for ways to save energy and improve safety in our communities. LEDs are not a thought when it comes to these two topics, but they actually accomplish both energy savings and safety at a scale that is so integrated into our lives, we don’t even notice. LEDs are the future, and thank goodness that future is happening now.