Electrical Upgrades and Lifestyle Improvements for the Physically Impaired

Physical impairment can greatly reduce a person’s independence and autonomy, and some of the simplest actions can become impossible to carry out. Turning on a light switch may be unmanageable from the height of a wheelchair, and changing the channel on the television can be cumbersome for someone with limited dexterity or paralyzation. Thankfully, electronics have provided solutions to the challenges of limited mobility. Some of them can simply be purchased at a store or downloaded from the internet, and some must be installed by professionals, but all of them offer a chance at greater self-sufficiency in the face of physical impairment. 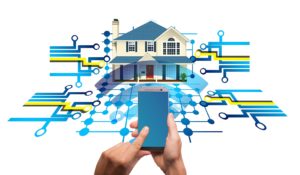 5 Electrical Upgrades and Lifestyle Improvements for the Physically Impaired

Commercial automated doors typically have a large handicapped symbol on a button near the door, but there are many other options when it comes to the home. Touchscreens and motion detectors are common solutions. These can be applied to all types of doors in the home including sliding glass doors and pocket doors. Being able to easily open the door to the bedroom or bathroom can make a huge difference in the life of someone with a physical impairment.

Another common application for motion sensors is sinks (you’ve probably seen these in public restrooms). It enables a person to do the otherwise simple action of washing hands or getting a glass of water. Again, these electrical upgrades are installed to give independence back to people who may have lost it due to physical impairments.

Refrigerators are also becoming more “smart.” The top-of-the-line smart fridges mirror your television, allow you to see what’s in your fridge without opening it, and can even order food through Alexa. This may be more of a luxury than a targeted improvement for the physically impaired, but in areas where it’s available, this device facilitates an easy grocery shopping trip from the front of the fridge. This eliminates the need for a motorized cart and frustrating experience at the store.

Many appliances are becoming smart, and they are able to be voice controlled or remotely controlled from smart phones. All of these advancements make it easier to live a normal life with a physical impairment.

With the right electrical upgrades, independence with physical impairment is regained!

While some of the upgrades and lifestyle improvements in this article are spendy propositions, many are quite affordable and should be considered when one is facing a loss of independence because of physical impairment. Some of the smallest solutions can greatly enhance life in a world where it can be very frustrating not to be able to easily flip a switch or go to the grocery store. All of these technologies are growing, and the future will bring even more solutions to those who need it most.