How Does Bitcoin Use So Much Electricity?

You may have read it in the news…Bitcoin uses more electricity than some developed countries such as Switzerland. But how can digital currency require so much energy? And do we have to worry about the carbon footprint of this non-tangible type of money? 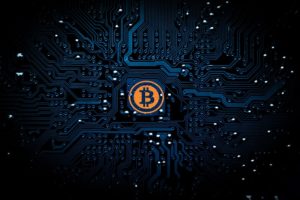 Bitcoin is a form of digital currency. Think of it like the currency of another nation, only the nation is digital. Like the money of other nations, its value increases and decreases. Because Bitcoin is relatively new, its value fluctuates more than average.

It is a completely acceptable way to pay for things if a person has the ability, but Bitcoin isn’t a place to keep your savings account. It is too volatile to guarantee its value. Many people have made money by holding on to their bitcoin and trading it when its value is high. There are investment opportunities when it comes to digital currency. If you want to read about some majorly successful cryptocurrency investors, click here.

How Does Bitcoin Work?

In order to get and use Bitcoin, you must have a digital wallet. This wallet can be on your computer or phone It has the ability to generate addresses, sort of like email, which enable the transaction to occur.

The security of bitcoin occurs through blockchain, which is a public ledger. Everyone can see the account and verify the details of the transaction. That’s because wallets have a private key that serves as confirmation that you are the owner of the wallet. Also, each transaction gets a “hash,” which is a unique identification code. These hashes must be mined to confirm the accuracy of the transaction. This makes the average Bitcoin transaction take a few minutes. 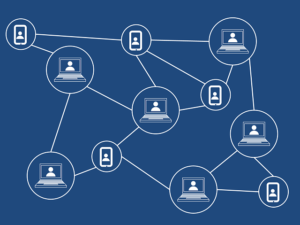 Bitcoin mining is the way transactions are verified in the blockchain system because Bitcoin is not overseen by a bank or any one organization. Oversight is produced by bitcoin miners who group transactions into blocks and add them to the “ledger.” Bitcoin miners make sure there are not duplicate transactions and verify that everything is progressing as it was intended. The miners are paid in Bitcoin for their efforts. There are millions of computers around the world “mining” Bitcoin.

You Can Mine…with the Right Computer

Confirming the details of transactions is only one part of mining bitcoin. The other part is solving a complex puzzle in order to add a block to the blockchain. This puzzle is solved by creating a “hash” that is less than or equal to the target hash. It is basically a guessing game and requires a computer to guess at a rate that increases the chances of guessing correctly. The chance that one guess will be correct is 1 in over 6 trillion.

Normal PCs used to be enough to mine bitcoin, but if you want to be competitive, you must use Application-Specific Integrated Circuits (ASIC), and these computers are used specifically for mining. They don’t have the superfluous programs included in the average PC. If your ASIC is not up-to-date, it won’t be worth it.

What does this have to do with energy consumption?

If you were Bitcoin mining with a regular personal computer, you would use more energy than you would make because ASICs have made the industry more competitive. ASICs use a lot of energy, but they make more money. Most mining is done in “mining pools,” where multiple computers are combined, and the miners split their earnings to guarantee more earnings. That’s a lot of computer power and a lot of power consumption.

The Digiconomist has some good information that puts the energy consumption of Bitcoin into perspective. In their report, they state that 6,599,341 households could be powered by Bitcoin and that Bitcoin’s energy use is 0.32% of the world’s energy use. Most of this consumption is caused by the computer power required to mine Bitcoin. A Forbes article notes that Bitcoin uses more electricity than Switzerland, Greece, Israel, or Ireland. 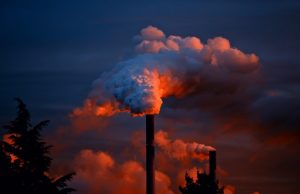 Is Bitcoin bad for the environment?

When you think about energy consumption, one thing that should come to mind is carbon footprints. A carbon footprint is the emissions created by a single entity or industry. In this case, it is the environmental impact of Bitcoin expressed in terms of carbon pollution.

CNN claims that Bitcoin’s carbon footprint is about the same as Las Vegas’. This has spurred some miners to move to Nordic countries like Iceland where geothermal energy is available in greater quantities and where cooler temperatures could help lower the energy consumed for cooling computer systems. Some cryptominers are also considering solar power options.

When you think about carbon footprints, factories and vehicles are often the first thing that comes to mind. The creator of Bitcoin, Satoshi Nakamoto, understood that his Bitcoin industry would cost CPU time and electricity, but he probably did not predict how massive it would become. Bitcoin’s energy consumption is noteworthy, and Bitcoin miners should focus on renewable energy sources.